A Christian boarding school run by Teen Rescue in Northern California faces the possibility of closing after it was raided by state investigators earlier this year. The head of the school claims that its First Amendment rights, as well as parental rights, are being violated.

River View Christian Academy (RVCA), which serves to help troubled teens from across the U.S., has faced pressure from the Department of Social Services for over a decade over claims that it operates as an “unlicensed community care facility.”

Although the school had maintained through the years that schools are exempt from community care facility regulations, a law passed in 2016 requires many alternative boarding schools in the state to attain Community Care Licensing.

But in order to attain that licensing, the school fears that it would not be able to uphold its rules reflecting traditional Christian teaching on marriage and sexuality. Additionally, the school says that the state requires licensed facilities to allow students to have the right to engage in spiritual and sexual exploration.

Additionally, the law does not allow for religious exemptions in cases where a religious school would be forced to violate its moral convictions.

“We have been kind of harassed by the state of California Department of Social Services. Specifically, it’s called Community Care Licensing,” RVCA CEO Phil Ludwig told The Christian Post, arguing that state investigators seem to have a political “agenda.”

According to Ludwig, DSS investigators have investigated the school on a number of occasions through the years to ensure that it was not operating in any way that would make it classified as a community care facility.

The school contends that it falls under the jurisdiction of the California Department of Education and files an affidavit every year that it is an accredited private boarding school.

According to a lawsuit filed against DSS, a team of 16 armed law enforcement from the California Highway Patrol (CHP), 2 canine units, and 17 social workers searched the school on Jan. 18.

According to the lawsuit, the state later admitted that the raid was prompted by an article online from a left-leaning tabloid that made the investigators think that the school was housing illegal drugs and stockpiling weapons to prepare for an end-times apocalypse.

Although the raid did not result in the discovery of drugs or guns, the school says that DSS began imposing daily fines of about $200 for operating as an “unlicensed community care facility” under the Community Care Facilities Act of 2016.

Among other things, the school stresses that it could be forced to accommodate religious rituals that are inconsistent with the Christian faith and could even be forced to teach all religions from a neutral standpoint.

The lawsuit also lists a class of parents and guardians who had joined onto the school’s lawsuit.

The lawsuit stresses that the Community Care Facilities Act would give students the right “[t]o be free from acts that seek to change his or her sexual orientation, including efforts to change his or her gender expressions or to eliminate or reduce sexual or romantic attractions or feelings toward individuals of the same sex.”

The school’s lawsuit, however, was dismissed after the DSS argued with the court that it had not exhausted all of its administrative procedures allotted to be able to handle the case.

But instead of proceeding with further administrative procedures, the DSS responded by filing its state lawsuit that not only lists the school but also includes Ludwig in his personal capacity as a defendant.

“And they’re suing me personally, which I thought as a corporation, I would be protected,” Ludwig told CP. “And so, to me, it’s what they do. And, I get it. This is how they operate. They’re trying to just bully us into submission. And I don’t know how anyone could fight these guys.”

RVCA is benefiting from the legal support of the Pacific Justice Institute, which provides pro-bono support on topics related to freedom of religion.

“In 25 years of practice, I have never seen this level of aggressive, militant, and ideologically-driven conduct by a State agency against a religious institution,” PJI’s lead attorney in the case, Kevin Snider, said in a statement. “For years, as the public schools have become increasingly hostile toward parents, the courts have insisted that the parents’ option is to instead choose private education. Now, that fundamental right is also under attack.”

Snider added that he got chills reading the search warrant and legal filings in the case.

“This armed incursion on a faith-based school shows that the State wants nothing less than to take jurisdictional control over Christian education in California,” Snider added. “This is rooted in its disagreement with millennia-old religious values.”

RVCA was the subject of a November 2018 BuzzFeed News article that features interviews with former students who accused the school of punishing them because they said they were gay, lesbian or bisexual.

Additionally, four ex-students claimed that the academy punished girls by limiting their diet to peanut butter sandwiches and water for days to weeks at a time.

Ludwig contested that the claims made in the article were either exaggerated or false. He called the article “completely ridiculous.”

“We don’t do any corporal punishment, never have. We don’t use withholding food or bathroom breaks or water as a discipline. We’re pretty traditional,” he explained. “We are taking kids that are in that middle ground. We’re not taking kids that are clinical. And we’re taking those kids that are falling through the cracks that are maybe not doing so well in a regular school environment and need to be taken out of where their friends are influencing them and causing them to make bad choices.”

Ludwig admitted that the school previously used a disciplinary method in which children would be kept on a bland diet that would serve them peanut butter and jelly sandwiches for lunch and chicken for dinner and something for breakfast. However, the school halted such a disciplinary measure years ago because it “didn’t work,” Ludwig said.

Ludwig believes that BuzzFeed article is part of an effort to make the school look bad because the government does not have much evidence on the school.

“I think what they do is discredit us and make us look so bad and so horrific that anybody thinks, ‘Oh, my gosh, these people do need to be shut down. They’re fanatical,’” Ludwig said.

“We are the farthest from,” he added. “We are a very typical Christian school. We don’t have any radical beliefs. It’s strictly mainstream Christianity, probably similar to like Calvary Chapel or Evangelical Free. We don’t believe in Bible-thumping. We don’t think it’s right. We don’t do it. Kids have choices. The devotions in the morning are optional. They can do their own devotional, or they can read a book that is non-religious that they want as long as they are just respectful during that quiet time.” 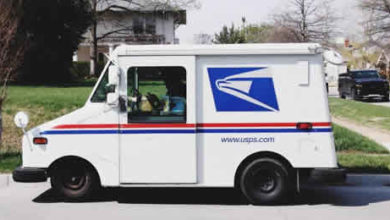 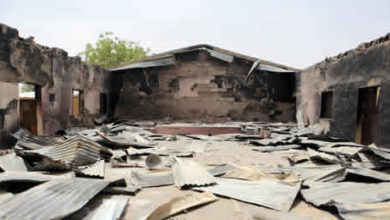 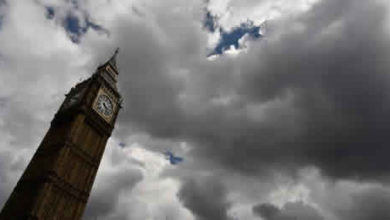 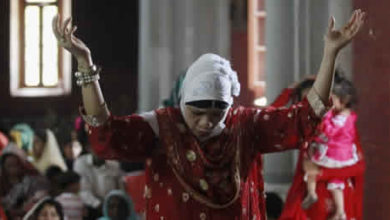