Sudan’s army has overrun the HQ of mutinous forces from an intelligence agency once loyal to ex-leader Omar al-Bashir, reports say. Shooting broke out earlier on Tuesday in the capital Khartoum and some explosions were heard.

The agency, the General Intelligence Service, is being disbanded.

The government says the row is a mutiny over severance pay, but there were concerns about an attempt to derail the political transition.

A senior member of the ruling Sovereign Council, Gen Mohammed Hamdan Dagalo, known as Hemeti, has accused former intelligence chief Salah Gosh of being behind the unrest.

He said that while he did not consider the incident a coup attempt, such action would not be tolerated.

BBC World Service Africa Editor Will Ross says there have long been fears that the stability of Sudan could be tested by once powerful figures who are against the major reforms carried out since Bashir’s overthrow in April last year.

Soldiers from the intelligence agency posted videos of their colleagues firing heavy weapons into the night sky in a show of force.

Reuters news agency quoted residents as saying there was some fighting in a northern district of Khartoum, and a security building was seized by mutineers near the airport.

Meanwhile the AFP news agency said five people were wounded in the shootings.

But military sources said that government troops had now taken back control after negotiations of several buildings from which the mutineers had fired on them.

The country’s main protest group had earlier called for an end to “these irresponsible operations that are causing terror among citizens”.

At least 170 people were killed during the months-long crackdown against the protest movement last year. The unit, then known as the National Intelligence and Security Service, played a major part in the crackdown.

Bashir was eventually overthrown by the military, 30 years after he took power in a coup.

He was sentenced to two years in a social reform facility for corruption in December.

US in good shape to meet coronavirus ‘peak’ – Trump 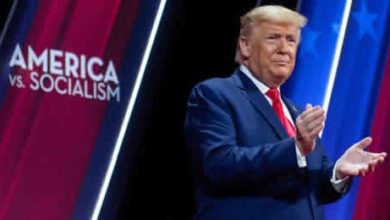 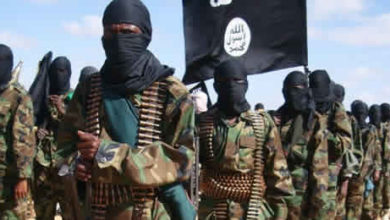