As the course of the US foreign policy, the far-reaching and vastly swaying is yet to be determined in less than a month, questions shall be raised about how the African continent will be conceived.

On one hand, the rising potential of the continent along with the steadily increasing Chinese influence arguably stake US endeavors to prolong its reigning superiority over the global system.

On the other hand, the US stance towards incumbent African regimes determines prospects of development and stability of the African peoples themselves.

With that being said, it is important to put each candidate’s policy towards Africa under further scrutiny in order to further check how the upcoming election day augurs for the African peoples.

Insofar, little has been done under Trump’s leadership to endorse US-Africa relations or opportunities for mutual commercial and economic growth. Aside from derogatory remarks referring to African countries as “shitholes” that “send us people they don’t want,” Trump’s administration, unlike other global actors, seems less keen on boosting US investment and trade opportunities in the continent.

However, the oblivious attitude toward Africa comes to a halt due to waning American influence by virtue of mounting Chinese and, to a lesser extent, Russian influence.

Although multiple aspects of pre-Trump US-Africa relations have gone uninterrupted, namely USAID programs and the African Growth and Opportunity Act (AGOA), the current administration seems bereft of a well-defined blueprint in bilateral relations. Furthermore, it augurs the administration’s failure of conceiving Africa beyond containing Chinese economic and military expansion in the region.

In an attempt to contain Chinese and Russian involvement, along with inconclusive, unceasing condemnation and criticism, in 2018, Trump’s administration announced launching a new policy initiative toward Africa.

“Prosper Africa” was declared as an alternative to Chinese predatory economic practices in Africa, as announced by John Bolton, then National Security Advisor, by offering US-government sponsored services to American companies endeavoring economic expansion in Africa. So far, due to lack of funding and services, the initiative is highly thought of as a repository of information rather than an instrument to buttress economic prosperity in the region.

When asked about how the US administration should adjust its policies toward population growth in Africa, in a questionnaire by the Council on Foreign Relations addressing all Democratic Party contenders for the presidency, Biden said: “the United States cannot afford to miss this moment to engage with African youth and to offer them a window into the American model of democracy.”

Biden also laid emphasis on increasing collaboration with African partners that will result in bolstering economic growth by striking robust trade relationships; empowering African women as a key factor to ensuring development; and exporting the American model of economic development and democracy.

Her alleged support for non-interference in the Rwandan Genocide, alongside backing a handful of autocrats, including Uganda’s Museveni, Rwanda’s Kagame, and Ethiopia’s Zenawi, insinuate that Biden’s best-case scenario will be resetting US-Africa policy to what it was during Clinton and Obama tenures, which was too little, according to previous US Africa correspondent Howard French.

Although Biden’s policy seems more Africa-leaning than Trump’s, which needs a wholesale overhaul, it is yet rhetorical. Africa’s fast-growing population, urbanization, and industrialization require far more than being caught up in a great power competition. In order to bring in a win-win situation, an Africa-policy needs to be discussed with African counterparts, especially with the rise of a much assertive body like the African Union. 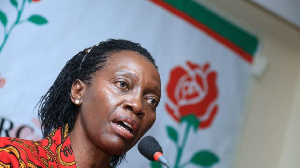 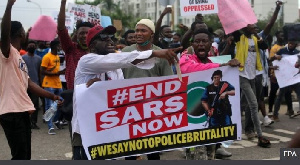 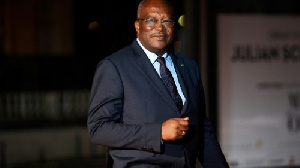