The Burma military shelled another Catholic church as violence continues in the Kayah State of Myanmar. The shelling occurred less than a week after a young man volunteering at a Catholic seminary was reportedly killed during a military raid.

The Church of Mary Queen of Peace in Daw Ngan Kha in Kayah State, which was acting as a place of refuge for many displaced individuals, was bombarded on Sunday. No casualties were reported, according to Vatican News.

Sources say that parishioners sheltering inside the church fled as they sensed an attack was near. Although no one was hurt in the incident, the church’s walls sustained damage, and windows were broken. Some damage was also done to nearby homes.

Amid ongoing fighting in the region, the Catholic news outlet reports that the shelling of the church appears to have been deliberate because the church compound is large and visible on a busy street.

The Church of May Queen of Peace is the latest in a string of church shellings said to have been carried out by Burmese military forces.

Last month, it was reported that four people were killed, and around eight were injured during an attack on another Catholic church in the Kayah state after a month of fatal attacks.

Two days before that, military forces raided a Baptist church in Yangon, where they beat and detained three people, including the pastor, and destroyed property.

The shelling of Church of May Queen of Peace follows the reported killing on May 29 of a young man volunteering at a Catholic seminary in the Kayah state.

Locals claim the young man was killed during a military raid on the building, where the soldiers did a room-by-room search, Asia News reported. The report did not publish the deceased man’s name. Locals say the murder had no motive, and priests tried to prevent it from happening.

Clashes between the Burmese military and pro-democracy groups have heightened since the military coup on Feb. 1, which has left many to seek shelter in churches, seminaries or convents. Those institutions have been targeted for military attacks, religious persecution watchdog International Chrisitan Concern reports.

The military is known for targeting young people to stifle pro-democracy resistance.

In the three months between Feb. 15 and May 15, Asia News reported that 73 people under the age of 18-years-old had been killed.

Some attacks target pro-democracy demonstrators, while others appear to be random.

Myanmar, also known as Burma, is ranked No. 18 on Open Doors’ 2021 World Watch List of countries where Christians face the most severe persecution.

The persecution level in Myanmar is “very high” due to the religious nationalism that places increasing emphasis on Buddhism.

Myanmar is predominately Buddhist, while Christians make up around 6.2% of its 54 million population.

Catholics only make up around 1.5% of the country, according to Vatican News.

Myanmar/Burma is also home to the world’s longest civil war that began in 1948.

Despite an election last November, the military refuses to accept the result and has raised allegations of voter fraud. The military, also known as the Tatmadaw, declared a yearlong state of emergency and put civilian leaders under house arrest.

The coup has led to another round of violence and protests.

The U.S. Commission for International Religious Freedom raised concern about violence toward religious minorities after the Burmese military coup in February.

“Given the history of brutal atrocities by the Burmese military, our fear is that violence could quickly escalate, especially towards religious and ethnic communities, such as the Rohingya and other Muslims,” USCIRF Chair Anurima Bhargava said in a statement at the time. “We urge the Burmese military to honor the faith and will of the Burmese people and restore democratic civilian rule as soon as possible.”

USCIRF recommends the U.S. State Department designate Burma as a “country of particular concern” for “engaging in systematic, ongoing, and egregious violations of religious freedom.”

USCIRF called on the Biden administration to hold the Burmese military accountable for its “genocidal” atrocities committed against the Rohingya Muslim refugees.

The European Union has imposed sanctions on at least 21 leaders of the government-ousting military. The United States has also sanctioned Burma.

American journalist Danny Fenster was recently detained in Myanmar, a country hostile to foreign journalists, before boarding his plane home to Michigan on May 24 for allegedly “performing acts of journalism,” Chicago Tribune reported.

The country was known as Burma for generations until military leaders changed the name to Myanmar. In the Burmese language, Myanmar is the more formal name for Burma, and the name was changed only in English, according to PBS.

The United States typically refers to the country as Burma, while most other countries call it Myanmar. 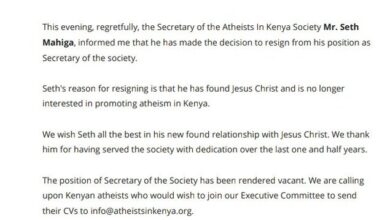