Heads of State and governments of the Economic Community of West African States (ECOWAS), have reaffirmed their demand for expeditious return to constitutional rule in the Republics of Guinea and Mali within the shortest possible time.

In a communique issued on the 7th of November 2021, after they held an extraordinary session on the political situation in Guinea and Mali, at the Kempinski hotel gold coast city in Accra, the Heads of State indicated that they remain deeply concerned about the deterioration of the security situation in Mali, as a result of the heightened political uncertainties in the country.

They (ECOWAS leaders) therefore called on the Transition Authorities to intensify their efforts to improve the security situation, especially by ensuring effective state presence in the affected areas.

“The Authority reiterates the need to adhere to the transition timetable in respect of the elections scheduled for 27th February 2022 and calls on the transition Authorities to act accordingly to ensure expeditious return to constitutional order”.

“Accordingly, the Authority calls on the International Community to take the necessary measures to ensure that the transition authorities respect their commitment to an expeditious return to constitutional order” the communique stated concerning Mali.

On the political transition in the Republic of Guinea, the Authority reaffirms its demand for the unconditional release of President Alpha Condé. The Authority further indicated in the communique that it “takes note of the recent developments in Guinea, particularly the adoption of the Transition Charter, the appointment of a civilian Prime Minister and the formation of the Transition Government”.

ECOWAS urged the Transition Authorities to “urgently submit a detailed timetable of activities to be carried out under the transition towards the holding of elections, in accordance with the decisions of the Extraordinary Summit of ECOWAS Heads of State and Government held on 16th September 2021”.

“The Authority decides to uphold the suspension of the Republic of Guinea from all ECOWAS governing bodies as well as the travel ban and freeze of financial assets imposed on the members of the CNRD and their family members, until constitutional order is restored” the communique read.

The Authority appointed H.E. Dr Mohamed Ibn Chambas as Special Envoy to Guinea with a view to strengthening dialogue with the transitional authorities towards a successful and short transition process. Additionally, the situation in Mali and Guinea ECOWAS leaders said will be reviewed at the Ordinary Summit of the ECOWAS Heads of State and Government on 12th December 2021.

President Akufo-Addo in his opening statement as chairperson of the Economic Community of West Africa States (ECOWAS) at the opening ceremony of the Extraordinary Session of the Authority of Heads of State and Government on the political situation in the Republics of Guinea and Mali, said ECOWAS leaders will deliberate on two reports to be laid before the leaders at their close door session.

According to President Akufo-Addo, a report on his visit to Guinea on the 17th of September 2021 and same to Mali on the 17th of October 2021, will be given consideration at the ECOWAS leaders meeting.

“Since these visits, the military governments of both Mali and Guinea have sent delegations to meet with me here in Accra to outline their plans for the future. Those will be the subject of our closed door meeting” President Akufo-Addo said.

President Akufo-Addo, on behalf of ECOWAS also expressed the solidarity and sympathies of the Authority with Niger and Sierra Leone, where two target events which occurred claimed over one hundred lives. The President led ECOWAS leaders to observe a minute silence in memory of the victims and the population of the two countries.

“On Tuesday, 2nd November, more than 68 Nigerian civilians were killed in an attack by jihadists groups in Banibangou near the Malian border. The information was confirmed on November the 4th by the government of Niger” President Akufo-Addo said.

“On Saturday, November the 6th, about a hundred Serra Leoneans perished after an oil tanker collided with a lorry in Freetown. Some hundred people are in the hospital after sustaining injuries during the explosion. We express our deep regrets and condolences on these sad incidents” ECOWAS chair President Akufo-Addo added. 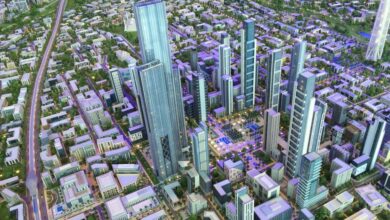