Jeremy Corbyn has said the Labour Party will challenge whoever is the next Tory leader to put their Brexit deal to the public in a second referendum.

Following a meeting of the shadow cabinet, Corbyn said Labour would campaign for Remain in such a vote.

But the Labour leader crucially did not reveal whether the party would hold a referendum and back Remain should it get into power.

In a letter to party members, he said: “Whoever becomes the new prime minister should have the confidence to put their deal, or no-deal, back to the people in a public vote.

“In those circumstances, I want to make it clear that Labour would campaign for Remain against either no-deal or a Tory deal that does not protect the economy and jobs.”

Corbyn has come under intense pressure, including from his close allies, to move towards a more pro-Remain position following the party’s poor showing at the European elections.

The surge in support for the Lib Dems led many senior MPs to argue the party had to stop looking like it was sitting on the fence on Brexit.

Manuel Cortes, the general secretary of the TSSA union which backs Remain, said the new policy was “a shaft of summer sunlight and clarity”.

But Lib Dem Brexit spokesperson Tom Brake said Labour was “still a party of Brexit” as Corbyn had not committed to holding a referendum should he become prime minister.

“It is clear it is still his intention to negotiate a damaging Brexit deal if he gets the keys to No.10,” he said.

“Jeremy has lost the next general election,” the group said.

Tory leadership candidates Boris Johnson and Jeremy Hunt have both rejected the idea of holding another referendum on EU membership. 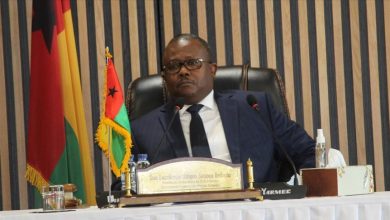