Global oil prices could fall to as low as $45 per barrel if tensions between the U.S. and China worsen, an investment strategist has said.

Oil prices have been on a downward trend in recent weeks as investors become increasingly concerned about slowing demand.

Appetite for oil is at risk of a further slump if the U.S. and China fail to the resolve trade differences, which will cause the global economy to weaken even more, said Rainer Michael Preiss, executive director at Taurus Wealth Advisors.

“I think a lot of market focus is on the G-20 meeting,” Preiss told CNBC’s “Capital Connection” on Thursday.

“If America and China couldn’t agree, and America raises tariffs again on Chinese imports, potentially this could slow down the economy meaningfully,” he added.

U.S. President Donald Trump previously said he would make a decision about whether to impose further tariffs on China after meeting Chinese President Xi Jinping at the G-20 meeting in Japan later this month.

Washington has so far slapped 25% tariffs on $250 billion of Chinese goods, with Trump threatening to apply the same elevated levy on the remaining imports from China worth around $300 billion. In retaliation, Beijing raised tariffs on billions of dollars worth of American products.

Tensions between the U.S. and China have also extended beyond trade. Washington placed Huawei on a blacklist that restricts American companies from doing business with the Chinese tech giant, while China threatened to cut off its supply of rare earths to the U.S.

Those developments have hurt sentiment among businesses and consumers, and are blamed for contributing too much of the economic slowdown globally. Now, any potential uplift in the global economy hinges on Trump and Xi reaching a deal, said Preiss.

“Everything that I look at seems to indicate that global growth” will depend on how the talks between the U.S. and China pan out, he added.

'There are no myths surrounding benefits computation' – SSNIT 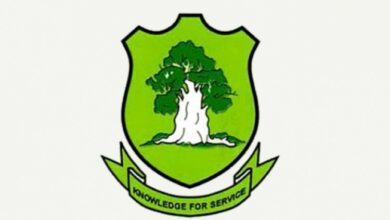 Why Akufo-Addo wants to rename UDS after Rawlings