A Pakistani Christian refugee accused of blasphemy is facing renewed death threats after his location in Thailand was revealed on social media this month. But he and his family continue to face hurdles in their years-long effort for resettlement with no end in sight.

Faraz Pervaiz is again calling on the United Nations, the United States and other foreign countries for help after the address of his family’s Bangkok apartment was posted online July 11, stirring up more death threats and real fear that he could be killed.

The same Muslim nationalist organization that rioted over the acquittal of Christian mother Asia Bibi last year, Tehreek-e-Labbaik, placed a bounty on Pervaiz’s head over a year ago to the tune of about 10 million rupees (about $62,000). The incentive for Pervaiz to be killed was raised in January when a radical cleric who sympathizes with the Taliban placed a bounty of 20 million rupees (about $124,000) on his head.

In Pakistan, blasphemy is a crime that is punishable by death or life in prison. Pakistan imprisons more people for blasphemy than all other countries in the world combined, according to Lisa Curtis, director for South and Central Asia at the U.S. National Security Council.

After fleeing the country and facing relative freedom to live out his faith in Bangkok, Pervaiz said that Muslim cleric Abdul Aziz, a known Taliban sympathizer who runs the Lal Masjid mosque in Islamabad, accused him of blasphemy.

Pervaiz said that his name and face were posted on wanted flyers hung up throughout Pakistan.

After pressure from criminal process organizations, a criminal case was registered against Pervaiz and his father in November 2017 in Islamabad.

“This was the first blasphemy case registered by the state itself,” Pervaiz stated. “In the Asia Bibi case, there were some other individuals who were filing the case. Here, the Federal Investigation Agency booked me and my family in blasphemy for openly criticism Islam and the Pakistani establishment.”

“The punishment is severe and an infringement of the most basic human rights to freely practice or not practice religion,” he added. “The reason we are accused of these crimes is because we openly criticized Islam on social media.”

In addition to the blasphemy charge and the bounties, Pervaiz said he is the subject of several fatwas (religious proclamations that are used to incite violence against a person).

Even though he and his family are now in Thailand, they are still at risk of reprisal attacks. The family is in hiding and forced to stay indoors.

“This huge [prize] amount can easily attract any jihadis to come and deliver me to hell, according to their faith,” Pervaiz said. “This is fear. I don’t want to be killed by jihadis. For them, we are infidels, we are Christians.”

He noted that since 2017, TLP has held “uncountable” numbers of public rallies against him in places from Lahore to Islamabad.

Although Pervaiz and his family have been refugees in Bangkok since 2014, they have not gotten a determination for resettlement from the United Nations. Pervaiz contended that the UNHCR is making him wait but is “resettling Muslims rapidly.”

Recently, the family had to move to a secret location after a known Muslim refugee gave away the family’s address in a social media video.

“They are putting my life in danger,” he stressed.

Pervaiz said that the resettlement officer that he is working with is a Pakistani Muslim.

“They are resettling all the Muslims because the people who are the translators for UNHCR, they are misquoting our statements,” he claimed. “They are misrepresenting to the interviewer.”

Without being able to work, Pervaiz fears that the family doesn’t have the funds to stay in his apartment much longer.

According to Pervaiz, four of his family members are held at the Immigration Detention Center in Bangkok.

At a time in which the Trump administration has vowed to stand up for persecuted Christians worldwide, it has slashed the number of refugees being resettled to the U.S. to record lows.

With the fiscal year set to end on Sept. 30, the U.S. does not appear on track to even come close to reaching the total of Pakistani Christian refugees it resettled in the previous year — 101.

“My message to Christians, to President Trump, to American people, please save our lives. Not only me, many other Pakistani Christians. They are dying with the ill-treatment and the sick Jihadi treatment.”

Australian Jesuit priest Michael Kelly has made a request to the Canadian Embassy in Thailand to resettle Pervaiz in Canada after his emergency asylum application was rejected by the Australian government without explanation.

The Catholic Register reports that the Toronto Archdiocese Office for Refugees indicated that it would sponsor Pervaiz and his family if they can be resettled in Canada.

Kelly’s request has reportedly been transferred to the Immigration, Refugees and Citizenship Canada.

Pervaiz told CP that he became acquainted with Kelly about six months ago through Kelly’s advocacy for Catholic and Christian asylum-seeking families in Thailand.

“He is a good human being with a great spirit,” Pervaiz said.

According to The Catholic Register, Kelly is helping the Toronto Archdiocese Office for Refugees resettle 63 Pakistani Christian families but the number that actually goes to Canada will depend on the number of dioceses that agree to help resettle the families.

Pakistan ranks as the fifth worst country in the world for Christian persecution, according to Open Doors USA’s 2019 World Watch List. It is also designated as a “country of particular concern” for religious liberty violations by the U.S. State Department.

The State Department held its second Ministerial to Advance Religious Freedom last week in which the U.S. and 25 other nations signed onto a statement of concern condemning the use of blasphemy and apostasy laws.

Although the statement doesn’t call out Pakistan by name, Pakistani human rights advocate Shaan Taseer told attendees of the ministerial that there are over 200 people arrested for blasphemy in Pakistan.

“Numerous countries maintain laws criminalizing blasphemy, apostasy, or speech that might ‘defame’ or ‘insult’ religious sentiments. Such laws are often used as a pretext to justify vigilantism or mob violence in the name of religion, or as a pretext to pursue retribution related to personal grievances,” the statement of concern reads. “We see governments using such laws to wrongfully imprison and punish individuals whose views on matters of religion or belief may differ from official narratives or the views of majority populations.”

In addition to Bibi, Pakistan has recently released other prisoners accused of blasphemy. In March, a Pakistani court ordered the release Ahmadi Muslim shopowner Abdul Shakoor after he spent three years in prison.

Earlier this month, a court in Lahore ordered the release a Christian pastor named Jadoon Masih two years after his arrest for blasphemy. 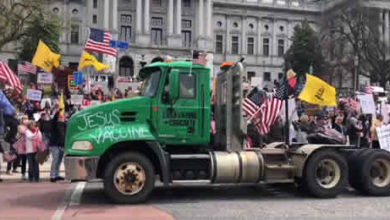 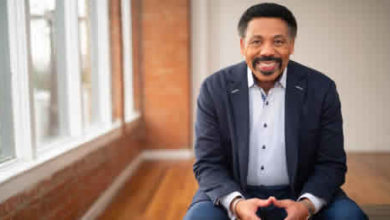 Tony Evans on COVID-19 panic: ‘Fear is outpacing the problem of the virus’ 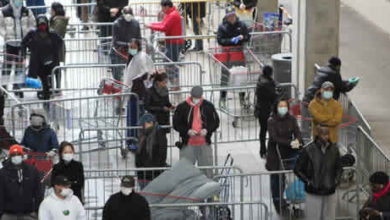 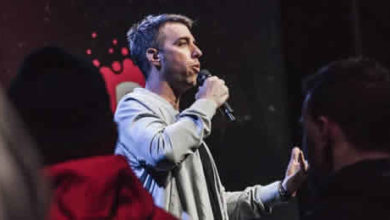