He believes the U.S. Senate could benefit from having a pastor in its midst right now and Rev. Raphael Warnock, who is vying to become Georgia’s first black member in the upper chamber of Congress, believes he should be the one.

On Monday evening, Warnock, a longtime civil rights activist and progressive preacher who leads the historic Ebenezer Baptist Church in Atlanta where the Rev. Martin Luther King Sr. and the Rev. Martin Luther King Jr. served as pastors, was busy getting ready to minister to hurting people at the funeral service for Rayshard Brooks, set for Tuesday. Brooks, a 27-year-old black father, was recently killed by police in Atlanta in a controversial shooting that set off fiery protests about racial injustice and police brutality.

Warnock believes that now is the perfect moment for people of faith to unite across differences and lead the nation to a better place as protesters continue raging in the streets.

“This is a moral moment in America. It is a time when once again we’re being called upon as an American people to reexamine the meanings and the significance of the covenant we have with one another. E pluribus unum — out of many one. That is the noble and grand experiment that hangs over the American situation,” he said in an interview with The Christian Post, referencing the nationwide unrest triggered by the police killings of Brooks and George Floyd in Minneapolis.

“It always represents an ideal that we are trying to reach. And ever so often, there comes these flash points that shock us into the realization of just how far we have yet to go. The lynching of George Floyd in broad daylight by those who are supposed to be providing equal protection under the law brings these issues of race that are always with us into sharp focus in ways that have forced people who typically don’t get engaged in these issues to pay attention. That’s what we’re seeing. We’re seeing the country at large being shaken into acknowledging an experience that people of color live with every day and know intimately.” 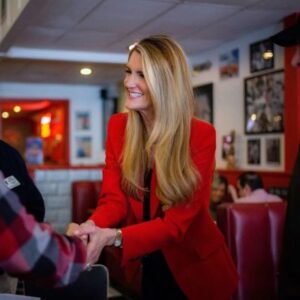 In a special election in November, Loeffler will have to face Warnock, who in April had garnered more fundraising support than any of the other 20 candidates in the field, including the top two Republicans — Loeffler and Rep. Doug Collins, an ordained chaplain in the Air Force Reserve. If no one receives more than 50% of the vote, the two candidates with the most votes will be on the ballot for a runoff in January 2021. In addition to being the first black U.S. senator from Georgia if he is elected, Warnock would be only the 11th in the 231-year history of the Senate.

“I think the Senate, given its gridlock and inability to move past predictable partisan arguments could well use a pastor right about now, a pastor in its ranks. And so I’m running because I think that ultimately, behind the public policy arguments, is a more fundamental question about the character of the country and the soul of the nation,” Warnock, a divorced father of two, told CP.

Warnock, 50, who grew up in public housing with 11 siblings, a preacher father and mother who taught him to believe in God and his worth, is now one of the most powerful voices in Atlanta. After spending years amplifying the collective voice of ordinary people from his pulpit, he says he now wants to take that voice directly to the “halls of Washington.”

“It’s a new assignment but the same project. The project of creating a more loving and just society that embraces all of God’s children. That’s what my activism has always been about. And that activism has often addressed itself to power with an eye toward changing public policy,” he said, insisting he’s not moving away from his activism.

“I’m actually taking it to the next level. I’m trying to transform my activism and agitation into legislation. I’m trying to take to the halls of Washington, D.C., the concerns of ordinary people who need an advocate at that level because at the end of the day, public policy has to change.

“We have enough politicians who have little experience with the kind of service that’s been a hallmark of my life. We have enough politicians who are so focused on the next election they’re not thinking enough about the next generation. We’ve seen enough incestuous relationships between political backrooms and corporate boardrooms. I think it’s high time that the country had another moral voice in the most important deliberative body in the world.”

When Warnock announced his candidacy for the U.S. Senate in late January, he said he wanted “to make sure every voice is heard.” His church, he said, is currently a plaintiff in a lawsuit against Georgia alleging voter suppression and continues working to mobilize people to vote.

Warnock has the support of Democrats in Washington and powerful advocates like Stacey Abrams, who in 2018, ran for governor in Georgia, after becoming the first black woman in the U.S. to win a gubernatorial nomination for either political party.

“As a senior pastor for 14 years, Rev. Warnock is committed to serving not only the faith community, but every community in Georgia,” said Democratic Massachusetts Rep. Ayanna Pressley in a recent statement to CP. “Rev. Warnock has seen firsthand the challenges Georgians face. He is a passionate advocate for increasing access to healthcare and education, ensuring workers are paid a living wage, and making sure that the voices of everyday Georgians echo in the halls of the U.S. Senate. I am proud to endorse Rev. Warnock’s campaign, and look forward to his leadership in the Senate.”

Warnock highlighted how Abrams lost her historic bid by 55,000 votes or “less than a point and a half” to Kemp.

“We’ve registered 700,000 new voters and a million people showed up at the Georgia primary last Tuesday in spite of all of the tricks that were being played, which is more than showed up in 2008 when Barack Obama defeated Hillary Clinton,” Warnock said. “So we will defeat voter suppression through massive voter turnout, through vote by mail and through reminding people that somebody is so afraid of their voice that they don’t want them to vote.”

The Atlanta pastor is banking on energizing voters to show up at the polls by allowing them to see their story in his.

“I’m running because I understand the struggles of ordinary people and I want them to see their story and my story and see my story in the American story,” he said.

“I had a ladder of upward mobility that allowed me to move from where I started to possibility. Nowadays, our kids growing up in struggling families and the urban centers of Atlanta and Savannah and rural towns … and they have a harder time now than I did then,” he admitted.

“They’re having to mortgage their future just to have a future. Student loan debt has now exceeded credit card debt. And so part of what’s going on is people don’t see themselves in the political partisan conversation, the predictable hackneyed arguments that go on in Washington. And so their voices are suppressed to the degree that they don’t see what’s at stake for them.”

Ongoing protests have been so significant that they have echoed loudly across the nation, sparking deep and at times contentious conversations among Christians of different races. Warnock urged Christians not to focus on instances of looting that have accompanied some protests.

“There’s been some unfortunate incidents of looting and violence. We’ve seen some of that even in the city of Atlanta, but most of the protests have been overwhelmingly nonviolent and constructive. And nonviolent protests with an eye toward social change is as American as voting. It is as basic as the Constitution itself and the Declaration of Independence. The Declaration of Independence is protest put in writing,” he said.

“’We hold these truths to be self-evident that all men are created equal.’ It wasn’t simply an affirmation of something. It was certainly an act. But it was also [a] denunciation of what was then the status quo. Our country was born in protest and conceived in liberty and you don’t get one without the other. You don’t even get a clear understanding of what liberty means until diverse voices stand up in order to clarify our understanding. Women had to do it in the Suffrage movement. African Americans had to do it in the Civil Rights movement and in other movements.”

He warned, however, that in addition to making their voice heard in the street, people must also march with their votes.

“I’m inspired by the protests that I’m seeing on the streets and I hope that folks will march through the summer and then march in the fall. I hope that they’ll be a part of a great march on November 3, 2020, because that’s another important way that change actually happens in America,” he said, noting that the protests are already working.

“There is a discussion going on in Congress right now that would not be going on if people were not in the streets. Change doesn’t start at the top; it starts at the bottom. And so what I hope to do as a candidate for the United States Senate is bring the sensibilities, the concern and the sense of urgency of the grassroots to the United States Senate. It’s about time.”

For Christians who are looking to want to make a difference in the fight for justice, Warnock said the Bible can be used as a roadmap.

“Jesus said that He came to preach good news to the poor and to set the captives free. That was His very first sermon. The prophets spent their time preaching about injustice. They spoke to systems and they eschewed people who engaged in worship but did not engage in justice in the world. They had a way of saying ‘away with you with your vestibules, away with your songs. I will not hear them,’ says the prophet Amos but let justice roll down like waters and righteousness as a mighty stream,” Warnock said.

“That is a central theme of the Gospel and sadly in America you can’t reduce class to race but class and race for historical reasons show up together in America. And so I would just lift up the Scripture rather than just hold up the Bible as we saw the president do a few weeks ago.

“I do believe in what Dr. King called the beloved community. I do believe that out of one person God has called all nations to dwell upon the face of the earth. I do believe in the beauty of our variegated humanity and that our differences are what make our humanity glorious and in a dark moment like this, the people of faith should be the first to stand up, declare itself and lead the rest of the country in that direction.”

The Church of Pentecost membership hits over 3.3 million