Yali tribe that once killed missionaries is now sharing the Gospel, celebrating gift of 2,500 Bibles

Is there a pro-life evangelical argument for Biden?

I’m not #woke and God is not mocked

The U.S. State Department and the Department of Education have issued a joint letter to leaders of school districts and colleges across the United States warning about the threat posed by the seemingly innocent Confucius Classrooms and Confucius Institutes set up at many schools.

“Over the last decade, the authoritarian government of the People’s Republic of China (PRC) has sent curriculum and PRC-trained teachers into hundreds of U.S. K-12 schools through a program called Confucius Classrooms,” an Oct. 9 letter addressed to chief state school officers explained.

“Styled as a language and culture program, Confucius Classrooms are in reality an important element of the PRC’s global influence campaign, now reaching tens of thousands of U.S. schoolchildren every day.”

Pompeo and DeVos warned that teachers in Confucius Classrooms routinely engage in censorship to avoid criticizing the Chinese government.

“Classroom students have described their teachers’ repeated avoidance of topics perceived to be ‘sensitive’ to or critical of the PRC,” they wrote. “Particularly at the high school level, this creates a troubling deficit of information in a setting supposedly focused on the study of Chinese language and culture. At any grade level, the presence in U.S. classrooms of instructors supported by an authoritarian regime poses risks to our democratic values.”

The secretaries explained that “on August 13, the State Department designated the Confucius Institute U.S. Center (CIUS) in Washington D.C. as a foreign mission of the PRC.”

“This designation will provide much-needed transparency by requiring CIUS to provide information about its operations to the State Department, including regarding its relationship with individual Confucius Classrooms across the United States,” the letter added.

Free CP Newsletters
Join over 250,000 others to get the top stories curated daily, plus special offers!

SUBMIT
FREE CP NEWSLETTERS
Join over 250,000 others to get the top stories curated daily, plus special offers!
SUBMIT
The State Department’s designation of CIUS as a foreign mission of China “does not compel any action” on the school districts’ part. But the secretaries encourage school administrators “to carefully examine any Confucius Classroom activities in your educational programming.”

“In so doing, please ensure that our academic freedoms are being modeled and respected, whether the terms under which Confucius Classroom teachers work are consistent with U.S. law and values, and that instruction in these classrooms is free of foreign influence and interference.”

Keith Krach, the undersecretary of state for economic growth, energy and the environment, made similar warnings in a separate letter to the governing boards of American institutions of higher education and their affiliates.

In the Aug. 18 letter, Krach described the “growing threat of authoritarian influence” posed by the Chinese Communist Party, including the CCP’s concealment of the danger of the coronavirus pandemic, its co-option of Hong Kong, its persecution of the Uyghur minority and its theft of American intellectual property.

“The U.S. government is now shining the light of transparency on the CCP in every way possible, including with regards to institutions of higher learning,” Krach stressed.

Mentioning the declaration of the Confucius Institute U.S. Center as a PRC foreign mission, Krach cited a report from the American Association of University Professors finding that “Confucius Institutes function as an arm of the Chinese state and are allowed to ignore academic freedom.”

“There is increasing evidence that Confucius Institutes spread PRC influence by providing institutions with financial incentives to abstain from criticizing PRC policies; putting pressure on faculty to self-censor; monitoring overseas students for loyalty to the party; and undermining freedom of expression by disrupting campus events deemed controversial to the CCP,” he stressed.

Krach elaborated further on the benefits of designating the CIUS as a “foreign mission.” The designation requires CIUS to “regularly provide information to the State Department about Confucius Institutes’ PRC citizen personnel, recruiting, funding, and operations in the United States.”

He urged the boards of colleges and universities to “examine carefully” the Confucius Institutes’ activities on their campuses to ensure that academic freedom is upheld.

As the executive branch works to crack down on the Chinese Communist Party and limit its influence in Academia, members of Congress are seeking to take strong action against the authoritarian regime. 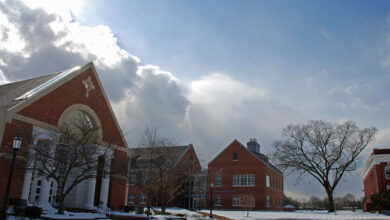 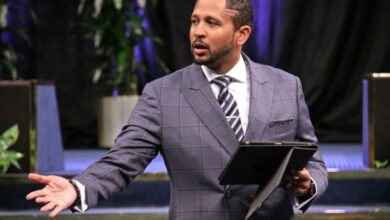 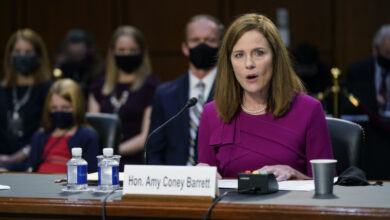