The Supreme Court on Tuesday dismissed an application for an interlocutory injunction to stop the Electoral Commission (EC) from carrying out its intended limited voter registration exercise.

The application filed by Mr Umar Ayuba, a native of Daboya in the Savannah Region, prayed the Court to grant the application to prevent what he perceived as a threatened breach of the constitutional rights of eligible voters across the country, especially those in rural areas of the country.

The Court said it would give its reasons for the dismissal in the substantive matter later.

Moving the application, Dr Dominic Ayine, the lawyer for the applicant said the case as a whole was at the heart of the country’s constitutional democracy.

He said the applicant has made a case of voter suppression as a result of the approach adopted by the EC (the Second Defendant, the first defendant being the Attorney-General), in the conduct of the limited voter registration exercise to be held in its District offices and as well as selected polling stations.

He said the number of eligible voters and persons, who turned 18 years and registered in the last nationwide registration in 2016 was 1.7 million potential voters.

He said there was evidence to show that, when the EC adopted a similar method in 2018, it managed to register just under 300, 000 potential voters.

He said the application was procedurally challenged since there was no specific relief being sought by the applicant.

He said the application did not invoke the original jurisdiction of the Court and that it was not premised on a specific article.

He argued that, the EC has the exclusive right as per the Constitution to conduct the exercise in the manner it desires.

The Plaintiff is invoking the original jurisdiction of the Supreme Court, and was seeking a declaration that upon a true and proper interpretation of articles 45 (a), 45(e) and 42 of the 1992 Constitution, the decision of the EC to undertake the 2019 limited voter registration online at the district offices of the EC.

It is the view of the plaintiff that, when the exercise is conducted as outlined by the EC, it would result in voter suppression, as was evident from a similar exercise carried out in 2018, particularly in rural constituencies of the country, and was thus unconstitutional, as it violates the right of first-time voters to register and vote.

The plaintiff wants the court to declare that upon a true and proper interpretation of articles 42, 45(a), 45 (e) and 17 of the 1992 Constitution, the decision of the EC to undertake the 2019 limited voter registration online at its district offices, instead of places designated by law, is unwarranted and would bring a disproportionate burden on first-time voters, especially in rural constituencies such as Daboya-Mankarigu where he hails from.

He said the decision is thus discriminatory and a violation of the right of first-time rural voters to be granted equal opportunity to register to vote under articles 42 and 17 of the Constitution.

He further wants the apex court to hold that the EC’s decision was unreasonable and an arbitrary exercise of its discretionary power in relation to voter registration.

The plaintiff wants the court to order the EC to undertake the 2019 limited voter registration exercise in the manner prescribed by law in order to avoid altogether or minimise the suppression of votes, particularly in the rural constituencies of the country.

Mr Ayuba is also praying the court to order the EC and its agents to desist from destroying any document and records relating to the 2018 limited voter registration exercise which is conducted until the final determination of this suit.

Defy military intimidation and get registered – NDC to Ghanaians. 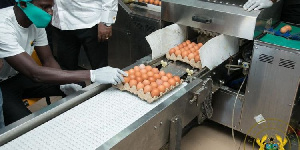