Televangelist Rod Parsley, who leads the Columbus, Ohio-based World Harvest Church, has come under fire for a recent message he shared on social media in which he urged people not to hate America’s slaveholding founding fathers as a national conversation rages around the removal of confederate monuments.

The message appeared to have been shared by Parsley on Facebook last week but the content is now restricted according to Facebook. Gospel recording artist and songwriter Ted Winn ll reposted the message on his Facebook page and it has since been making the rounds on social media.

In the message, titled “We have a responsibility to be silent no more, a time to speak race in America,” Parsley, who leads a multi-racial congregation, addresses his black, Asian, Arab, Hispanic and “even my white brothers and sisters” to “hear the heart of God” and to be done with bitterness and hate.

“We live in a great land. Let me shout it before you respond to me. It was founded by people just like you. Flawed people. But those framers framed the liberties that every one of us enjoy today. If you hate America, please give me your alternative. Don’t hate our founders, that’s a lie. Don’t discard their legacy,” Parsley said.

“Well, they had slaves,” he continued, highlighting running criticism of some of the founding fathers to which he responded.

“Every one one of them freed their slaves either during their life or upon their death. And we fought a Civil War. Our nation has been washed in the blood of the bloodiest war ever fought … We could stand here today and speak out against a curse. Maybe I could call it the birth defect of America,” he said.

He then asked if children born with birth defects should be thrown as having “no value.”

“Shall we throw America away? Should we throw the idea of America away because it’s still not perfect? Or should we stand up and fight to make it a more perfect union? Let’s stand up together, hand in hand, arm in arm and let’s build a nation better than the one our framers could even envision,” Parsley insisted.

He then cited Winston Churchill in arguing that “if we open a conflict between the past and the present, we’ll lose the future.”

“We have to dream bigger, we have to believe stronger. And as for me and my house this is the time to stand tall in all the beauty of who we are. Hold tightly to the wisdom of our fathers. To dream their dreams of a righteous America. And become that generation where black men say to white men, white men say to Asian men, Asian men say to Hispanic men, let’s join hands together and under God let’s be silent no more. Let’s restore America.”

In his criticism of the message, Winn argued that Parsley “sterilizes and minimizes racists.”

“He falsely claims, all the framers of the country freed their slaves. Jefferson did not! They were racists! The history of America should not be forgotten because that history informs the present. I am so exhausted listening to white evangelicals defend, support and perpetuate white supremacy. The ways in which they masquerade racism as Christianity is disgusting! This video should come as no surprise as Rod Parsley, and many other white evangelicals are avid Trump supporters. If you support a racist then you are either racist or complicit. No black person should ever support Rod Parsley or anybody else who is not clearly anti-racist and working to deconstruct systemic racism! Full stop!!” Winn said.

Professor and Dean of the Howard University School of Divinity Yolanda Pierce also argued on Twitter that Parsley’s comments were insensitive and historically inaccurate.

“Rod Parsley’s latest message was historically inaccurate, insensitive, and patronizing. When you know better, as he does, you should do better,” she wrote.

Terrence Chandler-Harrison, lead pastor at The Liberty Church-Clarksville in Tennessee, argued that racism should not be characterized as a birth defect but a “most egregious sin” that it is.

“Racism was NOT this nation’s ‘birth defect’; racism IS this country’s chief, most vicious, and most egregious sin. It is the deliberate and systemic subjugation of all non-whites that extends beyond mere bias and preferential treatment,” he wrote in a thread on Twitter.

“And no, we can’t move on because the toxic tentacles of racism are still far-reaching. Racism STILL impacts: funding, housing, education, zoning, legislation, representation, distribution, and policing—just ask your black and brown members,” Harrison said.

He noted that “an alternative” to America would have been Africa, “but we were robbed of that too.”

“So do us all a favor: take less time asking the myriad of black members at your church to sow sacrificial seeds for pseudo ‘breakthroughs’ & spend more time listening & learning from their learned experiences,” he said.

In an apparent response to the controversy Monday evening, Parsley acknowledged making a “misstep” and committed to listening more.

“As a white man from the hills of eastern Kentucky, I can’t possibly identify with the plight of people of color in our country. But what I can do is speak out. And I can also admit when I make a misstep. Especially when it hurts, disappoints, or confuses those I love and am called to serve,” he said.

“So let me be unequivocally clear: Slavery was and slavery is a blight on our nation and the world. It was and is an egregious, heinous, despicable sin that grieves my heart and the heart of God. I would never attempt to defend the indefensible atrocities inflicted upon people of color by our founders and generations after them.”

He noted that he believes that together, the church could “make history right now” by standing “hand in hand with black people against the evils of racism in our nation.”

“I pray you hear and know my heart is never, ever to hurt you. And it is always to unite in solidarity WITH you. After 46 years of Gospel ministry, I don’t always get it right. But what I can get right is to listen and to hear you and to see you. And I will continue to use my voice to stand alongside you. God being my help.” 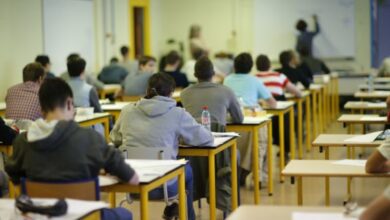