A gunman who entered a church in Jamaica’s northwestern city of Falmouth Sunday morning posing to be a member of the church shot a 51-year-old woman dead while the worship service was being streamed on the internet.

Three people have been taken into custody by police in connection with the murder, The Jamaica Gleaner reported Monday. Authorities also are said to have seized a vehicle believed to have been used to escape the crime.

According to Jamaica Observer, the gunman, who had not been identified as of early Monday, fired several shots after shooting the woman. The attack occurred as video of the service was streaming live on Facebook.

The video shows members of the worship team screaming after shots were fired.

The Jamaica Information Service reports that the perpetrator posed as a member of the congregation. He walked over to the victim and shot her several times before escaping into a white car. Lowe-Garwood was taken to a hospital, where she was pronounced dead.

The motive of the crime is not yet known.

“The horrific circumstances of the killing of the woman in her church should serve as a wake-up call for all Jamaicans,” she said. “The entire country must now get involved in efforts to end crime and violence as it requires all of us to end the violence; and it will take all of us to defend Jamaica against the criminals.”

Lowe-Garwood, who was employed by National Commercial Bank, has been identified as a member of the People’s National Party. Her late mother served as the vice president of the PNP Women’s Movement.

According to The Jamaica Observer, Lowe-Garwood’s murder is the latest in a week that “rampaging criminals went on a spree committing murders, rapes, shootings, robberies, and break ins.” The outlet reports that there were about 34 incidents that took place between Tuesday and Saturday across nine parishes.

Lowe-Garwood lost her husband, Jeffery Garwood, last July after he was involved in a car accident in St. James.

A year earlier, Lowe-Garwood had lost her mother.

Lowe-Garwood was later interviewed on a radio show about her husband’s death.

“One of the hardest parts is I didn’t get to say a proper final goodbye,” she said, according to The Jamaica Observer.

“I was supposed to do his remembrance. I was only with my husband for over three years. I wanted to showcase those beautiful parts of him; the person I knew and that I was proud to be his wife. And I didn’t get that opportunity, COVID came and everything just changed.”

The victim also shared that her husband would sit behind her in the church due to the COVID-19 restrictions that required all worshippers to be six feet apart. She said six feet “was too far, and so he would sit behind me.”

Jamaica has become the country with the highest number of murders in the Caribbean and Latin America, according to the InSight Crime’s 2020 Homicide Round-Up. The report, released last Friday, shows that Jamaica beat out Venezuela by less than one percentage point.

“This shows just how far we have sunk into sin as a country when our young men feel they are going to be held in high esteem if they enter a church and commit a murder,” a church member told Loop News. “We are so devastated by this. It is a wicked and callous act. But as Christians, we know our God is real and anybody who desecrates His house shall meet a bitter end.”

“The United Nations considers any homicide rate of 10 per 100,000 citizens or above to be an ‘epidemic,’” InSight Crime’s Parker Asmann and Katie Jones wrote in an analysis. “Jamaica’s total killings marked a marginal decline from 2019’s total of 1,339 murders and came as another welcome improvement over 2017’s sum of 1,647.”

Shell is back in court for Nigeria oil spills liability ruling

'Dangerous' and 'growing': Michael Brown warns about the rise of Christian anti-Semitism 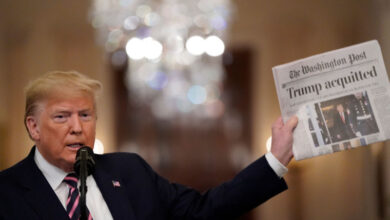 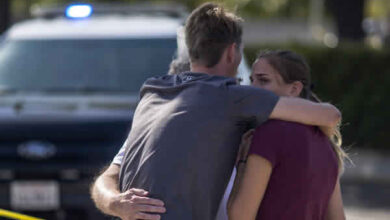 ‘Dangerous’ and ‘growing’: Michael Brown warns about the rise of Christian anti-Semitism 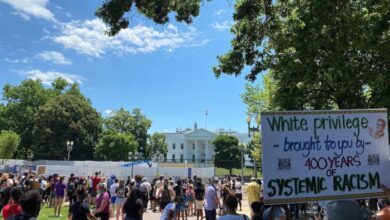