President of the Republic, Nana Addo Dankwa Akufo, says he remains resolutely optimistic about the country’s economic recovery and its future, inspite of the prevailing economic challenges which he says has evidently compromised the state of the nation’s finances.

Addressing senior citizens at the foyer of the Accra International Conference Centre (AICC), at the Founders’ Day luncheon in honour of senior citizens, today 4 August 2022, President Akufo-Addo, noted that he remains confident in the can do spirit of the Ghanaian people and he is motivated by same to continue steering the affairs of State in order to resolve the current economic challenges.

“Since the attainment of independence 65 years ago, we have bemoaned the fact that our nation has not leaved up to its vast potential and countries, especially those in south east Asia such as Korea and Malaysia which gained their independence at the same time as we did have outstripped us in terms of development”.

“Inspite of the many obstacles that we have had to seamount including prolong periods of instability and military rule, fueled by several coup d’états, one thing I continue to be proud of is the can do spirit of the Ghanaian and out determination not to be backed down by events and allow the circumstances and challenges of today to shape our collective future” President Akufo-Addo said.

The President reiterated the position of his government that recent challenges such as the COVID-19 pandemic and the Russian invasion of Ukraine, has compromised” the country’s economy.

His government, he noted, has however, outlined a series of measures including seeking the assistance of the International Monetary Fund in the short term, to help repair our finances”.

“I am confident that we will revive and revitalize the economy and put our nation back on the path of rapid economic growth, a scenario we had become accustom to in the last three immediate years before the pandemic struck” Akufo-Addo said.

“This is a solemn pledge I am making to you. I remain resolutely optimistic about Ghana’s future which I continue to believe is bright” he added.

In his address, President Akufo-Addo indicated that his administration has decided to confer national awards on several deserving Ghanaians who have distinguished themselves in various fields of endevour including those who supported his government’s efforts at fighting the COVID-19 pandemic which it broke out in globally and in Ghana in 2019 and March 2020.

“I have honoured certain citizens who distinguished themselves in service to mother Ghana, in particular, in the roles they played in combating the COVID-19 pandemic which helped preserve our population and won for our nation global praise”.

“The formal ceremony where I confer the awards will take place at a later date” President Akufo-Addo said.

Order of the Volta Companion

The first category of the awards which is the “Order of the Volta Companion” goes to 16 members of the national COVID-19 task force, 12 trustees of the Ghana COVID-19 private sector fund and the inventor of the veronica bucket.

“13 Ghanaians have been presented with the order of the Volta and member award for strategic and individual leadership. For operational excellence, 57 Ghanaians, including selected health sector workers, personnel from the Ghana Education Service, the Local Government Service and Security Services, have been awarded the grand medal” President Akufo-Addo noted.

“The second category of awards, that is the “Presidential Award of Honour for Meritorious Service” has been presented to a total of 19,752 individuals comprising frontline and allied health workers 32 religious bodies and institutions, 8 members of the COVID-19 National Trust Fund”.

The remaining recipients according to the President, are; “58 members of the technical support team of the COVID-19 private sector fund and 26 companies who changes their production lines to manufacture hand sanitizers to lesson our dependence on foreign imports”.

The President further noted that, on the day of the awards ceremony, the country “will also express the gratitude of the of nation to the legal team of men and women who were entrusted with the responsibility of making sure that the maritime boundary and dispute with our immediate western neighbour, Cote Dvoire, ended favourably for Ghana, and thereby, ensuring that our western maritime resources including its oil and gas potential rightfully, remained in our possession”.

“I therefore confer the honour of the Volta companion on 12 members of the legal team and 19 other members of the team, have also been awarded the Presidential award of honour for meritorious service” the President stated in in remarks to the country’s senior citizens. 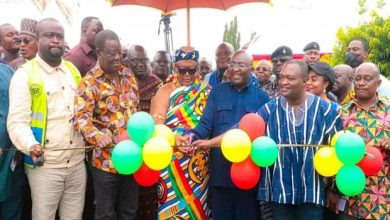