The Minority Chief Whip, Muntaka Mubarak, has said Minority legislators on the Appointments Committee only resolved to be fair to Martin Amidu before his vetting for the Special Prosecutor position.

This is contrary to suggestions from the MP for Bawku Central, Mahama Ayariga, who said the Minority reached a decision to pass him before Tuesday’s vetting.

Mr. Ayariga had said this was to dispel the notion that officials of the former National Democratic Congress administration were scared of the Special Prosecutor nominee.

“We overwhelmingly as a minority had taken the decision that we will pass him any day, because people out there perceived that we were afraid of him and we wanted to show that we are afraid of nobody,” Ayariga said.

But speaking on Eyewitness News, Mr. Mubarak, said all decisions on nominees by the Appointments Committee have always been done after vetting.

He however said that he expected Mr. Amidu to be passed because he had in the past been approved by the Parliament for multiple ministerial portfolios.

“Looking at his pedigree having appeared before the committee, unless something extraordinary came up, I didn’t see how he could have been disqualified, but to say that the decision was taken long before, maybe he, Mahama Ayariga, can explain that,” Mr. Mubarak said.

Minority went in without biases

Mr. Amidu is known to be a vehement critic of the NDC and some of his criticisms were expected to come up for scrutiny during his vetting.

Aware of this, Mr. Mubarak said the Minority MPs were careful not to sound or appear emotional.

“What we agreed was that as members of Parliament, we must do our work without regards to any other reservations – I mean our emotions. He [Amidu] talking about our party should not be an issue that we should use to cloud our judgement.”
“We even cautioned each other that even where it is necessary for you to raise something he might have said in public that you vehemently disagreed with, you do that in a way that will solicit answers but not in a way that is provocative to disrupt what we are doing,” the Asawase MP added.

On when the committee’s report will be ready, Mr. Muntaka said he expected it to come before the House by Friday “so that we close the week and we do not have to bother ourselves with this early next week.” 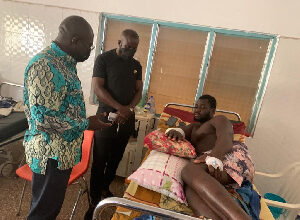 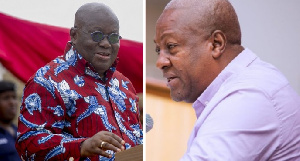