WAEC is adopting such measure following reports of alleged exam malpractices going on in some centres.

WAEC stated that, it has received information regarding examination malpractices in examination halls and planned cheating patterns at some of the centres as a result of poor supervision and invigilation.

In some cases, pre-arranged cheating has been reported by insiders with school authorities creating hideouts where teachers knowledgeable in the subject area wait for the question paper packets to be opened.

They then solve the questionWAEC said that it has also made a formal complaint to the Cyber Crime Unit of the CID on the operations of the rogue websites.

Meanwhile, the Council has hinted of scrutinizing all scripts of schools where cheating has been reported. and post the answers on their websites and the WhatsApp groups of candidates who have paid for such services.

The Examination Council in a statement signed by its Deputy Director of Public Affairs, Agnes Teye-Cudjoe also said it has either withdrawn or annulled “the appointment of some supervisors and invigilators” aiding in such illegal practices “pending further sanctions.”

“A number of candidates suspected to have been involved in examination malpractice are being investigated,” WAEC added. 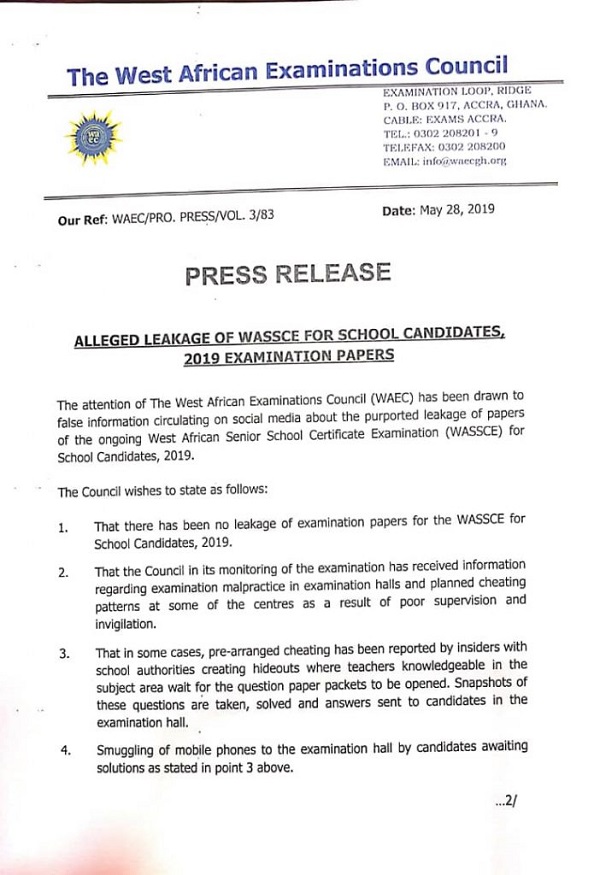